Pipsqueak is a pinto colt from Trottingham who appears in Luna Eclipsed and later returns in Twilight Time. He is notable for his small size, Cockney accent, and adoration of Princess Luna.

Pipsqueak usually has a childlike personality, being excitable, active, and naive. His accent is variably shown to be either fake or real. Pip's love of pirates in his debut has also carried on into fan works.[1]

Pipsqueak is often used in a nautical setting as either an explorer or pirate.[2][3] In non-adventure related fanworks, he is often portrayed as being very close to Princess Luna. Numerous fanworks depict Luna adopting Pipsqueak.[1][4]

Occasionally, Pip's relationship with Luna is characterized as romantic in nature.[5]

Because he doesn't have a cutie mark, many fan works show him as a close friend to the Cutie Mark Crusaders. Pip is sometimes paired with a member of the group.[1]

Additionally, some fan works pair him with Dinky.[6][7] 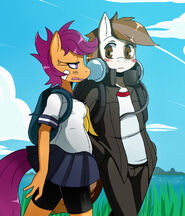 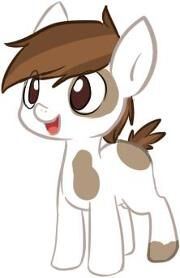 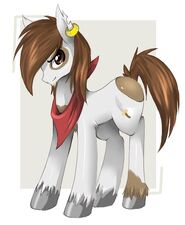 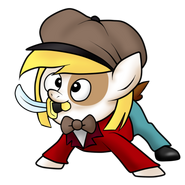 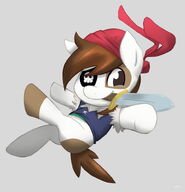 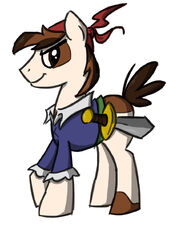 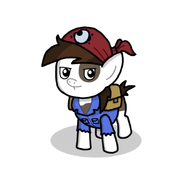 Retrieved from "https://mlpfanart.fandom.com/wiki/Pipsqueak?oldid=67296"
Community content is available under CC-BY-SA unless otherwise noted.