Legends of Equestria is an upcoming MMORPG/Adventure video game, and a fan project based on My Little Pony: Friendship is Magic.

In Legends of Equestria, players play as their very own custom pony as they explore the magical land of Equestria. Players can embark on quests of epic proportions, find new friends to help them on their journeys, chat with other bronies, play minigames, engage in cartoon-style pony PvP, find clothing to personalize their characters (including hats), go treasure hunting, role-play, hone their pony prowess, or pretty much anything else they can think of.

Currently this game is in Pre-Alpha and is still under heavy development. The developers have released a document, dubbed Road To Alpha, which is a list of things they still need to complete before they consider themselves in Alpha development. Once it passes the Pre-Alpha and Alpha stages, it will be put into a Beta phase and will be available for download. Due to the volunteer-oriented nature of this project, there is no scheduled date of release. The developers do release periodic updates, however, to keep people informed on where they're at in the development process.

Legends of Equestria is being developed in C# using the Unity3D engine, and as such will be available on both Windows and Macintosh operating systems. Linux is also most likely going to be on option via Wine. LoE has released several pre-alpha videos on their youtube channel and hours of footage of the developers at work, as well as some samples of their custom-made music on their livestream channel .

So far the game has a login system (The login system uses their forum login database, so making a forum account is neccessary), character creation screen with options to customize tail, mane, and eye colors/styles as well as their race and size, several playable maps based on the show (Ponyville, Sugarcube Corner, The Mines, Sweet Apple Acres, Everfree Forest, and so much more coming soon), friend system, and a chat system. Some of the features they've mentioned that they are going to add is PvP/PvE combat, shops, inventory, clothing (hats, hats, hats!), Herds (guilds/clans), parties, and quests. There are also many new features they've added since their last public update that they won't release until Galacon. Their facebook page has updates on their development progress.

The game will feature a main storyline that players can follow if they choose. No information has been disclosed on this yet aside from the fact that it will be very different from what has been shown in the actual show. This is because they are doing their best to prevent a copyright infringement case against them (like any other fan-game.)

The developers have stated that if anybody has any questions, answers may be found on the game's website LegendsOfEquestria.com. Most questions such as: "What kinds of accessories will be in the game?", "Will there be combat in the game", and "What can I do to help this project?" are answered on their FAQ Page. The team asks people to Please look at the FAQ page on their website before directly asking them any questions. 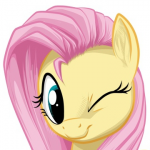 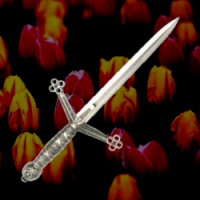