Adagio Dazzle is a female siren and one of the main antagonists in My Little Pony Equestria Girls: Rainbow Rocks. She is the lead singer in her band, The Dazzlings, rivaling the Rainbooms.

Adagio is generally depicted as the most clever and manipulative of the sirens. She is also shown to be good at holding the group together and making plans. Because of these qualities, she is viewed as the leader of the trio.

In contrast to her depiction in Rainbow Rocks, where she is shown to be disdainful of Aria and Sonata, in some fan labor Adagio is usually shown to feel some sort of responsibility for the well-being of her fellow sirens.

Adagio, along with the other sirens, is generally shown trying to adapt to losing her siren abilities. Often, these works include a redemption arc during which Adagio comes to terms with her past mistakes.[1]

In various fanfics, she attempts to regain her powers either along with or without Aria and Sonata.[2]

Some works have her lose her position as leader of the Dazzlings with the group ultimately splitting up. In other instances, she remains leader. 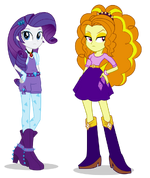 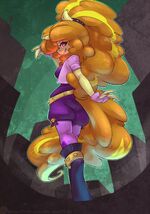 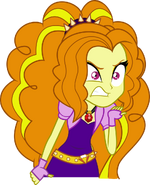 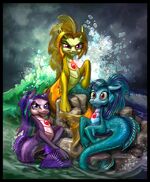 "Oh, what's so wrong with a little competition?" 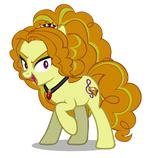 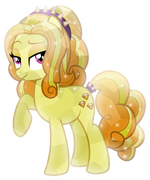 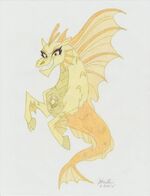 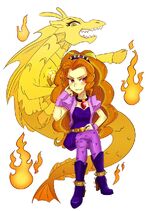 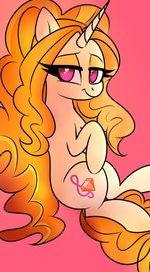 Retrieved from "https://mlpfanart.fandom.com/wiki/Adagio_Dazzle?oldid=92667"
Community content is available under CC-BY-SA unless otherwise noted.